Farmville 2: Country Escape has just released a new up date in game (version 2.6.173). The update includes two new items the Golden Gloves and Power Pins. Each item once used will give benefits and boosts to your farm. 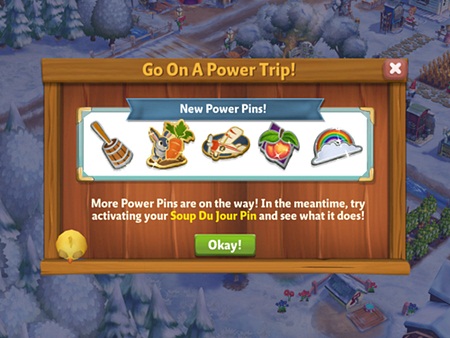 Golden Gloves can boosts the crafting time of workstations reducing it’s time by 10 minutes. Initially the game will give FREE Golden Gloves so that you can try it. You can track how many Golden Gloves you have at the left of your screen.

Another way to get Golden Gloves is through the Prize Wheel using the daily spin. It may also be given as a reward in future events and or quests. 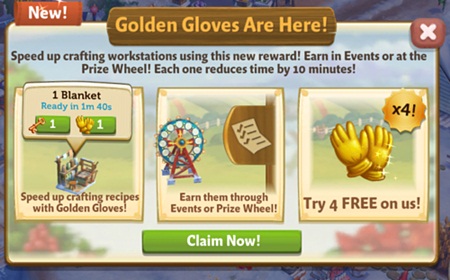 Power Pins will be another item that was introduced in the game. It can boost the chances of you getting items on your farm. For example, if you enable a Peachy Pin power pin, you will get extra peaches when harvesting. Also each power pin may also gives unique reward item. 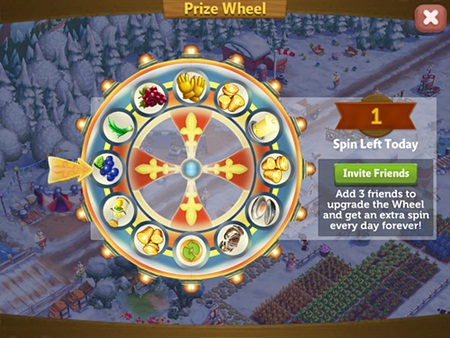