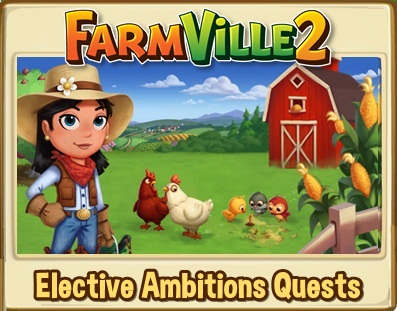 Elective Ambitions Quest Story: “Whatever you are, be a good one.” Abraham Lincoln said that. I’ve been a lot of stuff like that since I started my correspondence course on government. My final essay exam is coming up. I don’t suppose you’d care to help me prepare?

Goal: Help Marie on her plan to run for Mayor in this Farmville 2 Quests. She will need help on making her campaign plans and we will help her. To be released Thursday (06/26/2014).

Our team prepared this post to help you together with Zynga on how to finish this quest.

Quests 2: Governing in the Details