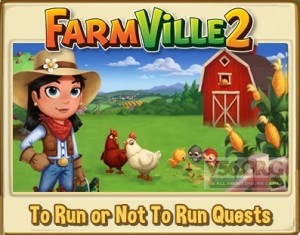 Goal: Help Marie as she will be running to be a Mayor in “Farmville 2: To Run or Not To Run Quests”.  It will be a new limited time quests for July 1 (Tuesday). We have here a guide to walk you through this Farmville 2 Quests so that you can prepare ahead what’s going to be needed.

Quest Story: Marie: “You’re not going to believe what happened to my friend, Juan. It’s just terrible! A water pipe burst in his house and his kitchen is ruined. I’m looking for volunteers to help him rebuild. Let’s do this!”

Quests 1: A Constituency of Juan

Quests 2: A Sense of Community

Quests 3: A Time to Reflect

Quests 4: A Moment of Clarity

Quests 5: A Bond between Neighbors

Quests 6: A Seed to Water

Quests 7: A Serving of Thanks

Quests 8: A Reason to Serve